BITs that bite into budgets: will the EP let private lawyers decide? 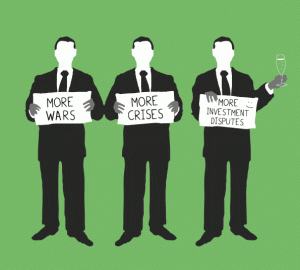 The European Union has acquired exclusive competence to negotiate international investment agreements such as Bilateral Investment Treaties (BITs). These agreements typically include investor-to-state dispute settlement (ISDS) mechanisms, which allow foreign investors to bring claims against states in which they made an investment. ISDS has far-reaching implications for the budgets of the European Union and of Member States. The final decisions over these payments will, however, not be taken by democratically elected bodies or by independent judges, but by private lawyers in ISDS tribunals. Invitation in English and French