Ecuador forced to accept a free trade agreement without negotiations 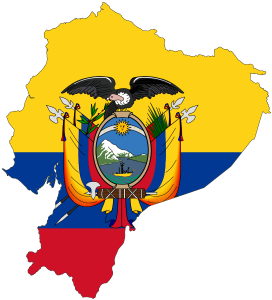 Between 9 and 13 of June, the third round of negotiations for a free trade agreement between the European Union and Ecuador has being held in Brussels.

In fact there is little to negotiate because the EU does not leave Ecuador any option than to accede to the EU-Colombia/Peru Free trade agreement. The Seattle to Brussels network denounces this power politics of the EU.

Four years ago, Ecuador and Bolivia decided to step aside of the on going negotiations for a trade agreement between Andean countries and the European Union while Colombia and Peru continued the negotiations. One of the main arguments used by the Ecuadorian government, was that the Constitution requires to negotiate an agreement that promotes national development and respect rights of nature, for that reason, the government wasn?t allowed to negotiate on specific issues, which were part of the agreement.

The Ecuadorian government?s concerns were related to the impacts of the agreement on their right to support national economy and subsidy strategic sectors or small and medium enterprises as well as the possibility of protecting its biodiversity. Aspects of the negotiation like national treaty clause, public procurement, settlement requirements, intellectual property would limit their national policies.

Even when the European Commission mandate included respect for democracy and strengthening of regional integration in the Andean region, the EU decided to continue with the negotiations when Ecuador and Bolivia expressed their concerns on the speed and content of the agreement.

As a result of this process and the previous decision of Colombia and Peru to negotiate a FTA with USA, the regional integration within the CAN has been weakened during last years, when agreements with countries or regions out of the Andean Community of Nations have been prioritized over internal CAN decisions.

After the multi-party agreement was signed with Colombia and Peru, the European Commission continued pressuring the Ecuadorian government to bring them back to the negotiations, using different instruments of its external policy. In the past, the agreement on banana tariffs (main exports product) was used as a way to press the government to negotiate.

But the recent reform of the Generalised System of Preferences has effectively pushed Ecuador back to the negotiating table. Countries with an annual income per capita of more than about US$ 4000 no longer enjoy preferential market access to the EU. As a result Ecuador will face increased tariffs on exports to the EU after December 2014. Pushing developing countries into negotiating reciprocal free trade agreements with the EU has been a deliberate consideration of the GSP reform.

While Ecuador has been left with no option to maintain its exports to the EU than to enter into negotiations for a free trade agreement; there is in fact very little to negotiate because the EU also does not leave Ecuador another choice than to accede to the existing EU-Colombia/Peru agreement.

Instead of respecting national policies and the Ecuadorian constitution and negotiate according to its priorities, Ecuadorian government can only discuss the time schedules for the liberalisation of investments, government procurement and the trade in goods and services, but not the essence of principles, rules and obligations written into the body of the agreement.

Free Trade Agreements reinforce the current economic model of international division of labour that has concentrated Ecuadorian production on exports of raw materials and agro-industrial products. These sectors are characterized by the exploitation of natural resources, displacement of communities from their territories and precarious labour conditions.

Additionally, through these agreements, governments like the Ecuadorian, lose the possibility to decide on their own development trajectory in the future. This FTA together with the Bilateral Investment Agreements constitutes the architecture of impunity that gives more rights to corporations while they are allowed to increase poverty and violate human rights.

For the EC, this agreement is part of the broader trade and investment policy that is presented as an instrument to come out to the crisis, through providing international rights to corporations while people and environment from both regions are being affected. In the global context, the expansion of agreements with different countries in the South is part of the competition among bigger economies (including China) for new markets and access to natural resources.

As European civil society organizations, members of the Seattle to Brussels network, we denounce the EU’s use of its dominant economic position to bully developing countries into its accepting its offensive free trade schemes that do not serve the their sustainable development interests.