The expected impact of The EU-Ukraine Association Agreement 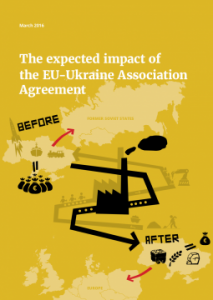 On 6 April 2016, the Netherlands voted in a referendum on the EU’s Association Agreement (AA) with Ukraine. The referendum was a special democratic event – 427,939 signatures of citizens were collected to make it possible. With a turnout of 32.2%, just above the 30% threshold, the vote was valid. The deal was rejected by 61.1% of votes, compared with 38.1% in favour. The Transnational Institute conducted a background analysis that explains why, from an economic point of view, the Association Agreement would be a bad deal for ordinary people, both in Ukraine and the EU.