INTA vote on TTIP resolution: a gloomy day for democracy 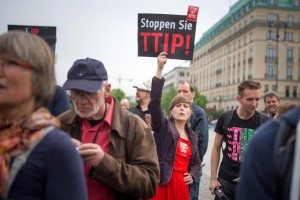 Today, 28 May 2015, the European Parliament International Trade Commitee (INTA) gathered to vote on a key resolution that could have voiced the demands of European citizens. More than 2 million of them have spoken clearly against the Transatlantic Trade and Investment Partnership (TTIP) between the USA and EU, however, the INTA has chosen to grant further rights to investors and transnational corporations.

S2B members have published their views on this gloomy vote:

CETA, ISDS, TTIP
« ISDS: Spreading the disease instead of looking for a cure
An open letter to the governments of EU-CELAC »