ISDS: Spreading the disease instead of looking for a cure 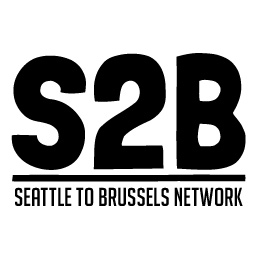 Analysis by the Seattle to Brussels Network

On 5 May 2015, the European Trade Commissioner Malmström presented a number of proposals to “further improve” investment protection standards and investor-state dispute settlement (ISDS) procedures in the proposed EU-US trade deal (Transatlantic Trade and Investment Partnership, TTIP)[1]. Several of these proposals were already mentioned in her speech before the European Parliament’s international trade committee (INTA) on 18 March[2].

The Seattle to Brussels Network[3] is of the opinion that the Commission’s proposals do not contribute to any meaningful reform of the ISDS system. They 1) ignore the outcome of the Commission’s own public consultation on the issue; 2) do very little to address the fundamental problems of the ISDS system; 3) would dramatically expand the reach of ISDS, increasing the likelihood of claims against European governments; 4) are misleading in suggesting that the ISDS system was already meaningfully reformed in the recently concluded EU-Canada trade agreement (Comprehensive Economic and Trade Agreement, CETA) and would be significantly further improved in TTIP; and 5) ignore the elephant in the room: that there is no need for ISDS.

In her announcement to the European Parliament and to Trade and Economics ministers of the EU member states on 18 March and in her paper of 5 May, Commissioner Malmström made it clear that she is of the opinion that “we need to negotiate rules on investment protection and ISDS in TTIP”.

This contradicts economic reality: the enormous volume of transatlantic investments demonstrates that there is no “need” for any additional protection of foreign investors. It also runs counter to a global trend where more and more countries refuse to sign agreements that include ISDS or have started to terminate investment treaties that contain ISDS[4]. The most recent example is Italy, which has announced to withdraw from the Energy Charter Treaty, which includes ISDS provisions, on the basis of which the country has already been sued over developments in the renewable energy sector.

What’s more, the announcement is also a slap in the face of public opinion. In 2014 the Commission decided to organise a public consultation on its ISDS agenda – largely based on the alleged ‘reforms’ in the CETA investment chapter. The response from the public was massive with almost 150,000 people and organisations contributing, an absolute record for any EU consultation. But the response was also crystal clear: 97% of all respondents rejected ISDS and the Commission’s proposals to reform the system, amongst them business organisations and parts of government[5]. Despite such a strong ‘No to ISDS’ message and an overwhelming rejection of the alleged reforms outlined in the consultation, the Commission showed its disrespect for public opinion and decided to move ahead with its agenda, as illustrated by the statement of Commissioner Malmström on March 18.

Proposals presented to further ‘reform’ ISDS in TTIP include forcing investors to choose between national courts and ISDS, the establishment of an appeal mechanism, a fixed list of arbitrators, and new language on the right to regulate. These proposals do not address the fundamental problems of the investment protection system, most notably that:

The inclusion of ISDS in TTIP would dramatically expand the investment flows covered by ISDS and therefore increase the likelihood of European governments being sued through ISDS. Currently only 8% of the US-owned firms operating in the EU are covered by ISDS, through existing bilateral agreements between mainly Central and Eastern European member states and the US. If ISDS is included in TTIP, all investment flows would be covered and more than 47,000 U.S.-owned firms would be newly empowered to launch ISDS attacks on European policies and government actions[7]. This will undoubtedly result in many more ISDS cases against EU member states. While currently investors have already claimed at least 30 billion compensation from EU member states[8] this amount will increase drastically, with EU tax payers footing the bill.

Commissioner Malmström’s reference[9] to the recently concluded EU-Canada trade agreement CETA as the “baseline” for reforms of investment protection in TTIP inspires little confidence. As the Seattle to Brussels Network has pointed out several times[10], there are no meaningful reforms in the CETA text, despite the Commission claiming otherwise. Also the proposals for reforming ISDS in TTIP, largely built on the CETA arrangements, will not result in significant changes.

The fact that Commissioner Malmström has categorically stated that the proposed reforms for TTIP would not apply to the Canada-EU free trade agreement and that the CETA text will not be opened up again are a further indication of the Commission’s unwillingness to seriously consider a meaningful reform of investment protection. The current CETA text would leave European governments at risk of being sued, including through US investors who could sue through their Canadian subsidiaries, if they structure their investment accordingly, allowing them to circumvent any potentially more far-reaching changes in TTIP.[21] European governments have already been forced to pay out upwards of €3.5 billion though ISDS mechanisms in other trade deals.[22]

The EC proposals ignore the elephant in the room: the fact that EU-US investments have taken place for decades and have grown to over €3,000 billion without ISDS and that ISDS is clearly not needed.

None of the arguments made by the European Commission on why ISDS should be included in TTIP in the first place hold against the evidence:

[3] The S2B network was formed in the aftermath of the World Trade Organisation’s (WTO) 1999 Seattle Ministerial to challenge the corporate-driven agenda of the European Union and other European governments for continued global trade and investment liberalisation. It has also developed as a response to the increasing need for European coordination among civil society organisations. The network includes development, environment, human rights, women and farmers organisations, trade unions, social movements as well as research institutes. http://www.s2bnetwork.org/

[6] The UN Human Rights Council is discussing a proposal for a Treaty on business and human rights. EU member states have voted against this proposal and are boycotting the negotiations.

[12] In his comments at “The Investor-State Dispute Settlement Mechanism: An Examination of Benefits and Costs,” CATO Institute, May 20, 2014, investment lawyer Todd Weiler said: “I love it, the new Canadian-EU treaty…we used to have to argue about all of those [foreign investor rights]…And now we have this great list. I just love it when they try to explain things.” Available at: http://www.cato.org/events/investor-state-dispute-settlement-mechanism-examination-benefits-costs.