Trade: time for a new vision 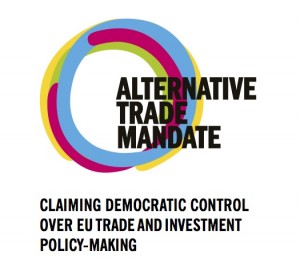 The Alternative Trade Mandate has been developed in extensive civil society consultations all over Europe. The members and supporters of the Alternative Trade Mandate Alliance do not necessarily agree with each and every detail in this paper, but support the general line of thinking. We also consider it a living document and an invitation for others to join the debate on the future of EU trade and investment policy.