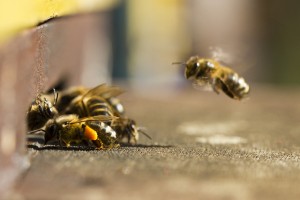 The following articles, reports, letters and papers were produced by a wide range of civil society organisations involved in the campaign against the EU – US trade agreement TTIP. They give an overview of existing analysis and debates on Chemical regulation and TTIP.

Preempting the Public Interest – How TTIP Will Limit US States’ Public Health and Environmental Protections (CIEL, 29 pages, September 2015)
A great report by the Center for International Environmental Law (CIEL), it details how EU proposals for TTIP would usurp US states’ authority to regulate. These proposals would not only curtail states’ efforts to protect the public from toxic exposure, but also threaten any State regulations in the public interest that exceeds federal standards. US focused but very helpful. 2 pages summary available.

Toxic Partnership Revealed (CIEL/Climate Earth/NRDC, 5 pages, October 2014)
Analysis of the September 2014 leaked “chemicals annex”. The text closely follows the chemical industry’s agenda for TTIP to minimize regulatory differences between the US and the EU. This briefing evaluates the industry proposals.

“T” for Toxic? Seven things everyone should know about the EU-US trade negotiations (aka “TTIP” or TAFTA”) and chemical regulation (CIEL, 2 pages, February 2014)
Two pages briefing introducing the dangers of TTIP for chemical regulation. Contains a link to an online action: “Tell negotiators: Don’t undermine progress on toxic chemicals!”

TTIP negotiations on the authorisation of chemical substances and their impacts on water (EurEau, 5 pages, July 2015)
A summary of the dangers of TTIP for chemical regulation and its possible impact on water.

Statement of Carroll Muffett, CIEL President & CEO, “The US-EU Free Trade Agreement: Tipping over the Regulatory Barriers” (24 pages, May 2014)
This answers six key questions from the the US House of Representatives Committee on energy and commerce sub-committee on commerce, manufacturing and trade. This documents has over 4 pages of footnotes and references.

List of TTIP-related blog posts by CHEM Trust
CHEM Trust is a UK registered charity that works at European, UK and International levels to prevent man-made chemicals from causing long term damage to wildlife or humans, by ensuring that chemicals which cause such harm are substituted with safer alternatives.