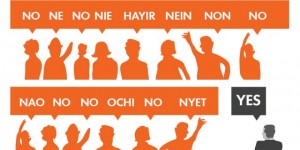 Today in the European parliament, Social Democrats (S&D) and conservatives (EPP) agreed to let investors sue States in private tribunals. The two main groups reached a compromised on the controversial Investor to State dispute settlement (ISDS) mechanism, endorsing the reform agenda the EU commission and several member states have been pushing for.
In a new amendment to the Lange resolution on TTIP, the S&D and EPP group call for the replacement of the “old” Investor to state dispute settlement system with a new one, which would still grant investors privileged access to a one-sided parallel legal system.

Around a hundred of S&D MEPs did not attend the session which confirmed the group’s endorsement of the compromise. Their positions remain unknown. 34 S&D MEPs rejected the text.
The compromise amendment will be proposed to the plenary of the European Parliament on Wednesday July 8. This new betrayal of the European people must be rejected, and representatives must clearly state their opposition to all forms of ISDS. If the final text does not oppose ISDS and other dangerous provisions like regulatory cooperation, MEPs should vote the whole resolution down : no resolution is better that a bad resolution.
Here you will find a template letter which can be sent to MEPs :

Tomorrow you will vote on the initiative report on the Transatlantic Trade and Investment Partnership, TTIP.

Last week, the S&D and the EPP group reached a compromise on the controversial Investor to State dispute settlement (ISDS) mechanism, endorsing the reform agenda which the EU commission and several member states have been pushing for.

Some MEPs have been claiming that the ISDS compromise amendment point (xv) of the report adopted in the INTA Committee “to ensure that foreign investors are treated in a non-discriminatory fashion while benefitting from no greater rights than domestic investors, and to replace the ISDS-system with a new system for resolving disputes….” is “the death certificate” of Investor to State dispute settlement. We have to disagree.

The proposed compromise will replace ISDS with a new system that exactly mirrors the privileges and powers awarded under the current ISDS system. As such foreign investors will continue to seek compensation for rights not available to other groups, such as workers and citizens, and beyond national courts.

We urge you to clearly state your opposition to all forms of investor to state dispute settlement outside of national courts.