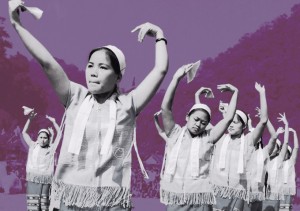 Myanmar is in a process of political transition, which will involve the revision of a range of policies and laws affecting foreign investors. This process will involve regulatory changes in the areas we normally think of as public policies – for example, new public health and environmental regulation. It will also involve fundamental changes in economic governance and the fiscal regime governing investments. For example, existing contracts and licenses awarded under the military regime will need to be renegotiated to put them on an arms’ length basis. There are many examples of this process starting and everywhere in Myanmar there are conflicts over land and natural resources, the Leptadaung copper mine (where protests led to arrests and killings) being only one of them.

According to press-statement brought out by the European Commission (EC) the investment agreement will ”not interfere with the right of the state to regulate to pursue public policy objectives”. This is impossible to verify because negotiations are held in secret and no access to the negotiation texts is provided. What we do know is that none of the EU treaties currently being negotiated preserve a state’s ability to undertake ‘legitimate public policies’. In fact, in the text put forward by the EC in the consultation on ISDS in TTIP, any exception relating to public policies does not apply to the investor-protection provisions. The decision of whether a measure is a ‘legitimate public policy’ would still be left to the arbitrators – a triumvirate of for-profit lawyers – at the international arbitration tribunals. What an arbitrator with background in commercial litigation thinks is ‘legitimate’ may be very different from what is required in a poor country, going through a rapid process of political and economic reform, with a bureaucracy weakened by five decades of authoritarian rule.

The standard provisions in investment treaties will significantly reduce the policy space required to give shape to the new Myanmar and as such run counter to the EU’s long term support to democratic transition in Myanmar.

We call upon the European Commission not to push through with the negotiations for an investment treaty with Myanmar. It will not help but hurt democratic transition.